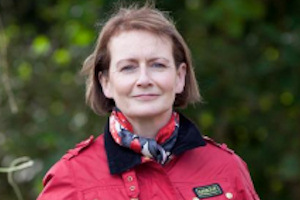 Thursday 12 May 3pm, The Whitworth Hall, University of Manchester

China held a distinctive place in the European consciousness in the 18th and 19th centuries, and this was no more apparent than in the country houses and gardens that would come into the hands of the National Trust in the 20th and 21st centuries.

At times admiring of China's 4000 year lineage of society, ethics and traditions, while at other times dismissive of a culture whose artifacts and their collection were viewed as no more than a 'deviant obsession', the British reflect their own ideas of China in the objects they bought and commissioned from the East.

Dame Helen will discuss the influence that this fascination with China and Chinese objects has had upon the National Trust's places and collections, and the people that shaped them, using case studies to draw attention to the complex and lasting impact of China in Britain.

Dame Helen Ghosh joined the civil service from Oxford University, where she read modern history. During her civil service career, Helen worked in a wide range of Government departments working on a range of social policy issues, including child poverty, asylum and immigration and local community regeneration.