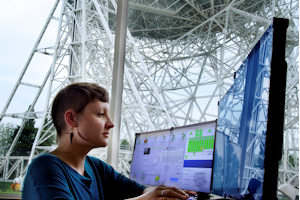 Both the School of Medicine (six institutes and Manchester Medical School) and the School of Physics and Astronomy are celebrating successes for the prestigious Silver Athena SWAN Award. Silver award status is presented by the Equality Challenge Unit to Schools demonstrating that they have embedded a real culture change across their School in tackling gender inequality.  Both Schools evidenced initiatives and practice which have led to significant improvements in progression and development opportunities, particularly for women, at all career stages and equality of opportunity for all.

The School of Medicine had their award status promoted from their previously-held Bronze award (held since 2013). This is especially significant following the announcement (2011) that the National Institute for Health Research (NIHR) would only expect to shortlist Silver Athena SWAN Award holders for biomedical research centre and unit (BRC/BRU) funding.

Professor Isobel Braidman summed up what means for the School: “The Athena SWAN Silver award is a marvellous achievement for the School of Medicine. The application process required in depth analysis of data and existing procedures and processes in order to identify examples of good practice and the plans we need to implement in order to ensure equality of opportunity.  It needed huge amounts of careful planning and hard work on the part of a whole range of colleagues within the six Faculty Institutes and the Medical School. All concerned can be justifiably proud of this achievement. We must now work to ensure that Athena SWAN standards and principles are maintained throughout the School of Medicine.”

The School of Physics and Astronomy were fast-tracked through the application process as a result of their recent honour of Juno Champion status by the Institute of Physics. The School is now directing their work towards achieving Gold. The University now has eight Schools with Silver awards and seven with Bronze.

The Athena SWAN Charter was established by the Equality Challenge Unit in 2005 to encourage and recognise commitment to advancing the careers of women in STEMM employment in higher education and research. In May 2015 the Charter was expanded to include non-STEMM Schools, professional and support staff, technical staff, and trans staff and students. The Charter now also recognises work undertaken to address gender equality more broadly, and not just barriers to progression that affect women.

Dr Sarah Mohammad-Qureshi, University Charter Marks Coordinator, Equality and Diversity Team, said: “I am delighted with the Silver awards achieved by both Schools; by advancing their award status, they have demonstrated their commitment to challenging gender inequality. The application process is a demanding one and requires the Self-Assessment Teams (SAT) in each School to reflect honestly on practices in their Schools, progress made and to outline definitive actions for continued and enhanced progression. The SAT members have worked extremely hard for the benefit of the School and continue to do so.

"I would also like to thank staff and students who have assisted in the application by participating in discussions and completing the School equality survey. This information is extremely valuable beyond Athena SWAN award applications, as it help direct new initiatives and identifies issues. With the expansion of Athena SWAN to schools in the Arts, Humanities, Business, Social Sciences and Law, our target now is for each school at the University to hold an award.”