The University is marking International Day against Homophobia, Transphobia and Biphobia (IDAHOT) once more on 17 May 2016 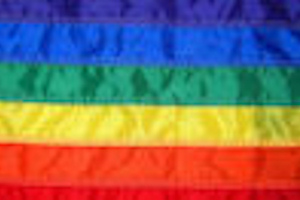 The flag will be flown in eight different locations. We’d like people to take photos and tweet the images to @UOMLGBT with the hashtag #May17IDAHOT. Anyone tweeting all 8 locations will be entered into a prize draw to win an exclusive UoM/IDAHOT T-shirt!

There are also two additional activities which everyone is invited to. A mosaic will be installed infront of the Alan Turing Tree at St Peter’s Chaplaincy (planted as part of LGBT History month activities in February) and this will be followed by a film screening of  ‘The Skinny’ which focusses on the lives of the BME/LGBT population. The film screening is a collaborative event between ALLOUT and Rainbow Noir and will be introduced by James Thompson (associate Vice President for Social Responsibility).

IDAHOT also gives you the opportunity to become an ally to the staff network group. Allies are staff members who do not identify as LGBT themselves, but and who believe that lesbian, gay, bisexual, and transgender people should experience full equality in the workplace’

We already have a number of allies on campus, but are always looking to expand our numbers. You can find out more at: