Sharon McDonnell: “I’m not frightened of bereaved families, as some people are, because I am the same.” 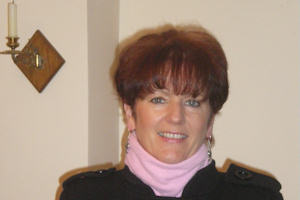 Dr Sharon McDonnell is speaking with heart-breaking sincerity when she says: “The sole reason I work in this field, and the passion I have got for this, is because I know how important it is.”

Sharon researches suicide bereavement – and she started out on this path after her brother died in 1989.

His suicide was completely unexpected. He was 29 and Sharon, the oldest of six siblings, was 30 and eight months pregnant with her third child.

The shock led her to re-evaluate her life. She worked through her grief and, having only taken CSEs at school, took an access course then did her degree – and got first class honours. “I was chuffed with that,” she says.

Her Psychology degree dissertation focussed on parental suicide bereavement and she was advised to go on to do a PhD.

She is one of the first researchers to specialise in this field in the UK, developing training to inform and guide health professionals responding to those bereaved by suicide through unique projects that fully involved bereaved families.

There are around 6,000 suicides a year, a figure that can be under-reported and rises during a recession. Each death affects between six and 60 people, some of whom are then more at risk of suicide.

Sharon says: “I’m not frightened of bereaved families, as some people are, because I am the same. And I am not a traditional academic – off the scale – and that’s my strength. I can engage with prisoners or policy makers.”

For this training – again, a UK first – Sharon worked very closely with the University’s media to develop nine film clips, reflecting the magnitude of the problem. In one scene, she transformed a church hall into a GP’s waiting room filled with bereaved families to show that suicide is not rare.

The development of the suicide bereavement research unit has also helped disseminate information through presentations and its unique annual conference, which sees bereaved families sitting alongside health professionals, police, social workers, priests, teachers and MPs, first set up with the University’s Investing in Success funding.

In both a professional and personal capacity, Sharon was also part of a group that helped bereaved families write and design the Help at Hand advice leaflet, funded by Public Health England, making it an engaging and true-to-life document that meets their needs.

Her work – shortlisted for the 2015 NIHR Greater Manchester Clinical Research Awards – has been referred to as an example of best practice in the Houses of Parliament debates twice.

She is a member of the All Party Parliamentary Suicide and Self-Harm Prevention Group; the International  Association of Suicide Prevention (IASP); and the Suicide Bereavement Support Partnership (SBSP).

For all this and volunteering at a monthly suicide bereavement self-help group, she received a University of Manchester commended Make a Difference Award for Social Responsibility.

But the best reward for Sharon is that “I turned something that was distressing and personal into something that is important and professional. It’s difficult to understand and I turned it on its head – that gives me the passion and the drive.”