Response to treatment related to daylight and genetics 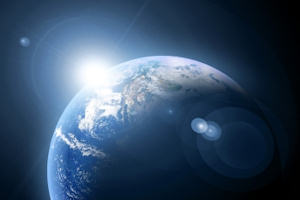 The rate of growth in children varies with the season while higher latitude and greater summer daylight exposure makes a significant difference in results for children treated with growth hormone, according to new research from University scientists.

The study of children with growth hormone deficiency from 14 countries measured their rate of growth for a year whilst being treated and mapped their response against the amount of summer daylight exposure typical to the latitude at which they live.

High latitude – northerly in the northern hemisphere and the reverse in the south – has already been shown to result in people being generally taller, even over relatively short distances, such as between southern and northern Japan.

This effect also appears to be seasonal, with children growing faster during the summer.

But it has not been known if this happens when children are treated for a deficiency in growth hormone or how the interaction between sunlight and genetics works.

Dr Adam Stevens, from the laboratory of Professor Peter Clayton in the Institute of Human Development and the Central Manchester University Hospitals NHS Foundation Trust, led the study.  He said: “Growth hormone deficiency is a treatable condition but effectiveness can vary.

“By understanding the reasons for this and how the body responds to where the patient lives, we can begin to investigate ways of making therapy more efficient and predictable.”

The study showed that there is a complex relationship between growth and the body’s circadian clock which causes variation in gene expression.  Genes which affect bone growth, and other growth mechanisms were shown to vary dependent on latitude and the time of year, suggesting that seasonal differences are caused by the amount of sunlight the children were receiving.

Dr Stevens said: “Growth response to this treatment appears to be related to both daylight and genetics.  The information we collected about how genes are expressed in each patient suggests that growth in this group was driven by the exposure they had to sunlight.

“The complex relationship between the patients’ genes and where they live has a major bearing on how they react to growth hormone.”