Take a trip down Memory Lane with modern technology 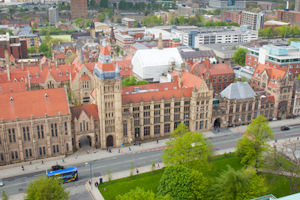 The University is broadcasting a live online tour of its heritage hotspots, presented by student and heritage tour guide Lucy Palmer, at noon today (Tuesday, 26 January).

Lucy will be filmed walking around the campus for half an hour, discussing the University’s history and heritage, its famous faces and their notable achievements, starting at The Old Quad.

Tom Mason, the University’s social media coordinator, who set the tour up, said: “We are very keen to highlight the heritage of the University and we have a lot of interest from prospective international students and others who want to learn about the institution and its history. So we are sharing the University’s notable achievements with new technology.”

Go on the tour