University named as one of best employers for lesbian, gay and bi staff in 2016

Manchester has been placed for the second year running in the Stonewall Top 100 Employers - the definitive list showcasing the best employers for lesbian, gay and bi staff 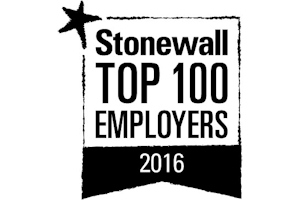 Although our position (53) has slipped slightly (from 43 in 2015), we have increased our overall score in an index which has 10% more applicants than the previous year.

The Workplace Equality Index is free to enter for any employer. Each entrant compiles a submission demonstrating their organisation’s performance against a set of best practice criteria. Entrants must supply supporting evidence where necessary to prove that this work is under way.

Stonewall also seeks feedback directly from the entrants’ staff, via an anonymous survey covering the key indicators of workplace culture. In 2015, Stonewall received 60,506 responses to the staff survey, making it one of the largest national employment surveys in Britain. While it isn’t mandatory for participating employers to open up the survey to their staff, those who do not automatically forfeit five per cent of the total marks available.

Stonewall has begun work to integrate gender identity criteria into the Index successfully and has developed a plan for the future of the Workplace Equality Index, which will allow change to happen in a supportive and productive manner over the period 2016 to 2018.

Patrick Johnson, Head of Equality and Diversity, said: “This is a fantastic achievement for the University to continue to be a Top 100 employer. It seems to get harder each year with more organisations taking part. Our increased point score is a real testament to the hard work and commitment of the ALLOUT (LGBT) Staff Network Group who gather the evidence and complete the submission each year. Well done.”