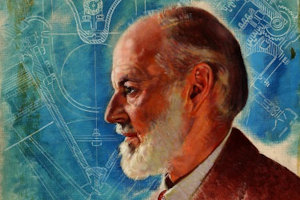 More than 350 industry and academic representatives came together at the University last week for the first Sir Henry Royce Institute workshop.

The £235 million Institute will have its hub at the University, with spokes at the founding partners, comprising the universities of Sheffield, Leeds, Liverpool, Cambridge, Oxford and Imperial College London.

The Institute will allow the UK to grow its world-leading research and innovation base in advanced-materials science, which is fundamental to all industrial sectors and the national economy.

The Institute’s chair, Professor Dame Julia King, Baroness Brown of Cambridge, was at the event, which aimed to bring together the UK’s leading experts in key areas of advanced materials research

The delegates were involved in a series of break-out sessions looking at nine specific areas of advanced materials, including Nuclear Materials, 2D Materials and Materials for Demanding Environments. The sessions featured input from both academics and industry.

Recommendations and ideas from those sessions were captured and will be expanded upon at future events looking in closer detail at each of the areas of research.

Professor Bailey said that although the University’s The Sir Henry Royce Institute building is unlikely to be completed until 2020, research and innovation projects begin in April and collaborative work needs to start immediately.

He added: “It was fantastic to get such an excellent turnout for what was a very important first step in establishing the Sir Henry Royce Institute for Advanced Materials Research as the world’s centre for advanced materials.

“It is vital that the UK works together on this, drawing in the expertise not only from the founding partners and many other UK universities, but also crucial input from industry.”

The Institute is seen as a key element of the Government’s Northern Powerhouse initiative, an attempt to boost economic growth in the North of England and balance the UK economy.

It will focus on ten key areas of materials research, which are grouped into four themes – Energy, Engineering, Functional and Soft Materials – critical areas to underpin the government’s industrial strategy, resulting in economic growth throughout the UK.