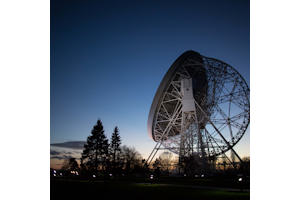 The hugely-popular Stargazing LIVE returns to The University of Manchester’s Jodrell Bank Observatory this week.

The main programme runs from Tuesday, 12 to Thursday, 14 January evening from 9pm to 10pm.

There is also one edition of the ‘Back to Earth’ chat show on Tuesday 12, January from 10pm to 10.30pm, which will feature a ‘Happy Birthday’ celebration for the 70th Anniversary of Jodrell Bank.

And on Friday, 15 January, from 9pm to 10pm, there will be a programme focussing on the spacewalk that will be made by Tim Peake. The BBC will be filming from 12noon to 8pm on that day, while they have a live link-up to the spacewalk.

Finally, for those of you with children, CBeebies Stargazing will be broadcast through the week from 5.45pm tonight.

For more information or to watch, visit: