Ceremony – including the installation of our new Chancellor, Lemn Sissay MBE – to be screened live 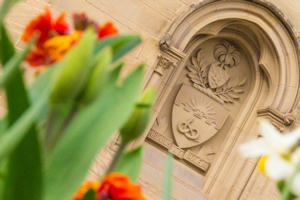 The University celebrates its Foundation Day today with a stellar event which will see Manchester poet Lemn Sissay MBE installed as Chancellor.

It is to be screened live on the University’s website, via a link to be available when the ceremony starts at 4.30pm.

The event will also see President and Vice-Chancellor, Professor Dame Nancy Rothwell will give the prestigious Foundation Day Address: ‘The University of Manchester: spirit of revolution’.

To watch the ceremony, visit: