New director of Manchester Institute for Collaborative Research on Ageing 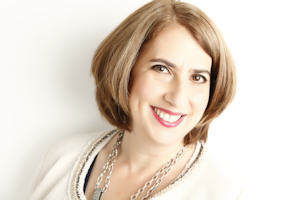 Debora Price has been appointed the new director of the Manchester Institute for Collaborative Research on Ageing (MICRA).

Professor Price said: “I am delighted to be joining MICRA, now well established as a centre of excellence in ageing research at one of the UK’s leading research universities.”

Formerly a barrister, her primary research interest is in poverty and inequality in later life, specialising in the study of pensions, funding later life and the sociology of money over the life-course. In 2016, she begins a three-year term as President of the British Society of Gerontology.

“Whether we are thinking about family life, communities and work, biosciences, medicine, healthcare, ethics, technology, the design of our cities, politics or economics, we need the kind of robust research undertaken at MICRA to understand how we maximise quality of life for everyone in such a rapidly changing world,” said Professor Price. “MICRA’s research makes a real difference to the lives of older people, and I very much look forward to being part of its future.”

Professor Price will take over the leadership of MICRA from the current Director Chris Phillipson, Professor of Sociology and Social Gerontology. Professor Phillipson will remain at Manchester leading on research collaborations with Greater Manchester and Manchester City Council. He is also developing a programme of research (with a number of colleagues) on age-friendly cities, work and retirement, and the impact of globalisation on ageing populations.

Professor Phillipson said: ‘The appointment of Professor Price is hugely significant for the Institute and will help support a major expansion in age-related research across The University of Manchester. Professor Price has established an international reputation for her research into key areas of concern to older people. Her appointment demonstrates the commitment of the University to support MICRA’s development as a world-class centre for work on the study of ageing populations.”