Russian lecture: Victor Shenderovich "The singing bird has been silenced” 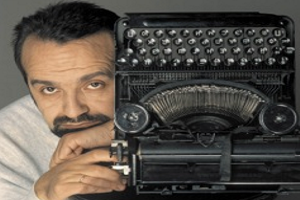 Join our speaker Victor Shenderovich, a popular Russian satirist, writer, scriptwriter and radio host as he delivers a lecture entitled, “The singing bird has been silenced” in Russian.

Victor Shenderovich is a member of Russia’s Poets, Essayists and Novelists (PEN) club and a winner of a number of Russian and international prizes including “Golden Ostap” from the St Petersburg Comedy Festival, “Russia’s Golden Pen” and “Journalism as a Deed”. He also won the Moscow Helsinki Group prize in the “Defending human rights through the arts and culture” category. His works and plays have been translated into English, German, French, Ukrainian, Estonian, Finnish and Polish.

Those attending the talk will be treated to a fascinating tale of the history of Russian satire and its fight against Russian totalitarianism: from Griboyedov and Saltykov-Schchedrin to Galich, as well as political anecdotes from Lenin to Putin. There will be literary and political stories, epigrams and sketches. Zamyatin and Averchenko, Schwarz, Bulgakov and Erdman against Tsarist censorship and the Soviet Council of Ministers on the Protection of Military and State Secrets in the Press, Literature and in Print.

This lecture is FREE. All welcome. No booking required