There are still places available for ‘The Secret Mathematicians’, to be delivered by Professor Marcus du Sautoy on 8 October 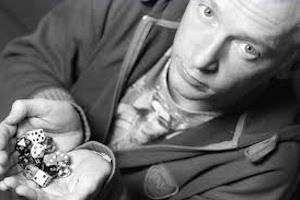 The Ollerenshaw Lecture is a prestigious annual lecture in the School of Mathematics at the University of Manchester, named in honour and recognition of Dame Kathleen Ollerenshaw.

Born in Manchester, Dame Kathleen took her degree at Oxford University before combining a career as a mathematics researcher with politics, in which sphere she was Mayor of Manchester and an advisor on education to Margaret Thatcher's government. She is probably best known in mathematics for her work on magic squares, but also had a formidable reputation as an astronomer, and the observatory at the University of Lancaster bears her name. She held a lifelong commitment to encouraging interest in mathematics amongst young people. Deaf since the age of eight, Dame Kathleen was an inspiring role model to many.

A full programme and abstract will be posted shortly, but you can now book online at: