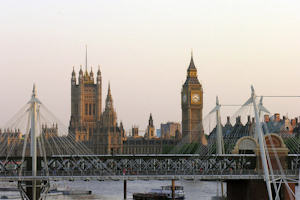 Leading minds in science, technology and public policy will converge upon the University in November for the annual Policy Week extravaganza.

Policy@manchester, the University’s pioneering policy engagement arm, has unveiled an exciting programme for Policy Week 2015 – which is this year part of the European City of Science Manchester 2016.

From November 2-6, big names in public policy and academia will come together for panel discussions, open lectures and a programme of films. The week will be kicked off by David Willetts, former Minister for Universities and Science, who will deliver the keynote address, examining the impact that technology is set to have on higher education.

Professor David Nutt, the controversial chief drug advisor to Gordon Brown’s government, promises to be another highlight in a session entitled ‘Notes On a Drugs Scandal’, where he will appear in conversation with the BBC’s Victoria Gill at the city’s Portico Library.

They will be joined, on panels, by University of Manchester academics at the forefront of work to shape public policy in the UK. The vast programme will cover the impact of science and technology on topics including healthcare, poverty, energy, climate change, the arts and the Northern Powerhouse.

And via the medium of film, Sir Alec Guinness and Pete Postlethwaite will both appear; in screenings of The Man In The White Suit and The Age of Stupid, respectively.

The focussed week of events, which takes place across the University’s campus and the city, forms part of the lead up to the EuroScience Open Forum (ESOF), which will be held in Manchester next July.

Professor Luke Georghiou, Vice President for Research and Innovation at The University of Manchester and co-champion of ESOF, said: “Today Manchester is a living laboratory. Science revolutionises the world we live in – we are constantly coming across new materials, new ways of understanding our own bodies and new approaches to the grand societal challenges relating to sustainability, energy, food and water resources. Science is driving revolutions all around us, every day.

“All these changes, of course, bring with them significant implications and challenges for society and government; and it is this impact of science and technology, upon all areas of public policy, that Policy Week 2015 will probe and progress.”

He added: “Given that Manchester is a city of firsts – from Rutherford splitting the atom to Geim and Novoselov isolating graphene – it seems appropriate that we should have the honour of being the first UK city to host Europe’s foremost scientific meeting in 2016.

“The EuroScience Open Forum (ESOF) next July will be the culmination of an 18 month celebration of science in our city – and I’m delighted that this year’s Manchester Policy Week will form a key part of those rich festivities.”