Leading political commentators are set to debate the recent victory of the Conservative party, what it means and what lies in store, in the wake of the party’s unexpected General Election victory 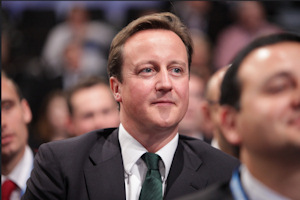 Called ‘Bolt from the Blue’, the free event will take place in Central Manchester on 6 October, close to the Conservative Party Conference which will be taking place that week.

Organised by The British Election Study (BES) and Democracy and Elections, the hub for electoral politics at The University of Manchester, the event will cover why the Tories triumphed and what lays ahead for conservatism.

On the panel will be Times columnists Phil Collins and Matthew Parris and Professors John Curtice and Jane Green, two of the nation’s leading political scientists.

John Curtice is from The University of Strathclyde and a BES Consultant. He was Co-Director of the BES from 1983 to 1997 and oversaw the broadcasters' exit poll in May 2015.

Professor Jane Green is from The University of Manchester and Co-Director of the British Election Study. She was one of two key experts for ITV News’ Election Night broadcast in May.

The event will be chaired by Professor Andy Westwood, a former special adviser to Labour’s John Denham when Secretary of State for Communities and Local Government. He is Associate Vice-president for Public Affairs at The University of Manchester.

It will take place from 12.45pm to 2pm, in the Main Hall, Friends Meeting House, Mount Street, which is about a minute’s walk from the security cordon at the Midland Hotel. It is also five minutes' walk from Manchester Central, where the conference is taking place. Tea and coffee will be provided.

Get in touch with demelect@manchester.ac.uk if you have any questions and follow us @BESResearch and @DemElect.