See an exceptional programme of performances at the Martin Harris Centre for Music and Drama this autumn. 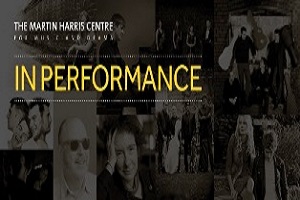 We have have a rich variety of music, drama, literature and dance events planned for you this season.

Tickets for the autumn 2015 season are now on sale and can be purchased via: