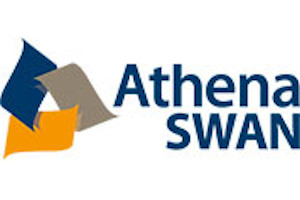 Royal Society President Professor Sir Paul Nurse has also been named as a patron and the three new appointees will join Dame Professor Julia Higgins, who continues in this role.

Equality Challenge Unit has managed the Athena SWAN Charter since 2005, and the scheme has made a positive difference to the recruitment, retention and progression of women in participating institutions and science, technology, engineering, maths and medicine (STEMM) departments. The University has been a member of the Charter since 2008 and all our 15 STEMM Schools hold Athena SWAN awards (five Silver, 10 Bronze).

Earlier this year, Equality Challenge Unit announced that Athena SWAN would be expanding to cover arts, humanities, social sciences, business and law, in addition to the STEMM subjects it already covers. The Charter now also supports the advancement of professional and support staff, technical staff, and trans staff and students and recognises work undertaken to address gender equality more broadly, and not just barriers to progression that affect women.

Equality Challenge Unit Chief Executive David Ruebain said: “We are delighted to celebrate the appointment of these outstanding academics, and are very grateful to them for supporting our cause of furthering gender equality within higher education. They are all highly respected in their chosen fields, and we believe their appointments are testament to how seriously our work is being taken by the academic community.”

Helen Beebee commented: “I am delighted to be supporting the Athena SWAN Charter as one of its new patrons. The Charter has been hugely successful in encouraging academic institutions and departments across the UK to address the underrepresentation of women in the sciences. But the problem is not unique to the sciences; it’s just more visible in disciplines where the women are significantly underrepresented right from the start, at undergraduate level. Across the arts and humanities women are also increasingly underrepresented, the higher up the academic hierarchy you look. That’s why I welcome the extension of the Charter to cover AHSSBL as well.”

Cary Cooper said: "There is a perception that there is no ‘glass ceiling’ for women in the arts, humanities, social sciences, business and law – but there is. That’s why I believe it is so important that the Athena SWAN Charter extends beyond STEMM. Even more importantly, Athena SWAN is no longer looking just at the underrepresentation of women, but at gender equality more broadly. The Charter has my complete support and I look forward to being one of the new Athena SWAN patrons.”

Athena SWAN will formally announce the appointments during their tenth anniversary celebrations at Kings College London on Friday, 24 July.

More information about the Athena SWAN Charter at the University can be found online at: