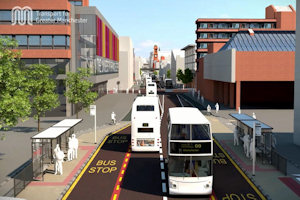 TfGM and their delivery partners at Manchester City Council have recently announced that work to introduce these revolutionary plans for Oxford Road will begin this summer. The detail of the plans has been finalised and the partners hope to deliver a scheme that improves the daily lives of all users of the Oxford Road for generations to come.

TfGM and the City are working in partnership with key stakeholders, including the University, to ensure minimal disruption during construction and will share further details soon.

In the meantime, if you have any questions about the plans for Oxford Road or would like further details about the bus priority package, then please contact TfGM on: