Potential for prediction of progression for early form of breast cancer 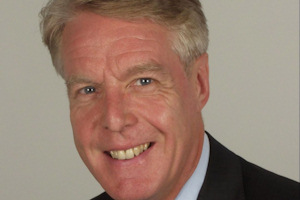 Ductal carcinoma in situ (DCIS) is a precursor of breast cancer where the cancerous cells are contained within the milk-making ducts. Without treatment, commonly a combination of breast-conserving surgery and radiotherapy, up to a half of patients will have their disease come back, either as DCIS or as invasive breast cancer.

It is currently not possible to predict which cases will progress; so all women are offered radical treatment, potentially unnecessarily.

A recent study by researchers from the Manchester Cancer Research Centre, published in the journal Annals of Oncology, has explored potential subtypes of DCIS and whether these subtypes relate to disease recurrence.

Professor Nigel Bundred, from The University of Manchester and University Hospital of South Manchester NHS Foundation Trust, who led the study, said: “We know that different subtypes of invasive breast cancer have different levels of disease recurrence. We wanted to investigate similar subtypes in DCIS to see if they had predictive power.”

The team looked at tumour samples taken from 314 patients diagnosed with DCIS. By using a range of tissue stains, they were able to assess levels of oestrogen receptor (ER), progesterone receptor (PR) and HER2 - human epidermal growth factor - in order to divide the samples into four subtypes.

They found that patients whose tumours tested positive for ER and PR, but negative for HER2, were less likely to see their cancer come back. Other subtypes were significantly more likely to recur as invasive breast cancer.

“We regularly measure ER levels in patients with DCIS, but our findings suggest that the additional information from testing for HER2, which is routine for patients with more advanced disease, could allow us to better identify those most at risk of invasive relapse. These tests are cheap and easy to carry out and could help some patients avoid unnecessary treatment,” added Professor Bundred.

Cancer is one of the University’s research beacons - examples of pioneering discoveries, interdisciplinary collaboration and cross-sector partnerships that are tackling some of the biggest questions facing the planet.