Peter Tatchell debates 'What next for democracy?'

Join renowned human rights campaigner Peter Tatchell for a conversation about the state of democracy at University Place, Lecture Theatre A on Thursday, 30 April (6.45 to 8.15pm). in the run up to the General Election 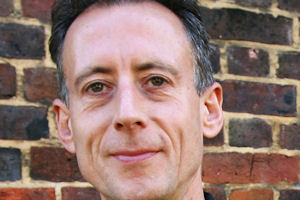 Members of staff are invited to attend this free student-oriented event organised by Democracy and Elections, the hub of elections research and expertise here at the University, and sponsored by Politics, the Cathie Marsh Institute for Social Research and Chevening - the UK government’s global scholarship programme.

Peter will be in conversation with Colin Talbot, Professor of Government at Manchester and creator of the popular Whitehall Watch blog.

It’s a brave person to predict the outcome of 7 May: Labour, Liberal Democrat and Conservatives are by most measures less popular than they once were, and the new pretenders: Ukip, the Greens and SNP will play a major part in the campaign. Throw coalition government, fixed term parliaments, austerity and Europe into the mix and it all really is up in the air.

But is it true that disillusionment and disengagement are the same thing: are young people really less interested in politics than ever before? And do people like Russell Brand speak louder than our elected politicians?

Peter Tatchell has been campaigning for almost 50 years, working on campaigns in support of LGBT rights, and other social justice issues. He famously attempted a citizen's arrest of Zimbabwean President Robert Mugabe in 1999 and 2001 and In 2006, New Statesman readers voted him sixth on their list of "Heroes of our time”. In 2012, he was awarded the Irwin Prize  from the National Secular Society in recognition of his lifelong commitment to the defence of human rights against religious fundamentalism.

He said: “This conversation is a chance for students to engage with important questions during a period when politics is in a state of flux and political disillusionment seems to be rife.

“It provokes much discussion, whatever your political stripe: do we need electoral reform of an unfair voting system, and should  economic democracy parallel political democracy?

“Then there’s austerity: are there alternatives to cutting public services? What about devolution of power to English regions, reform of the House of Lords and female representation in parliament?”

Professor Colin Talbot has had an unconventional career, leaving school at 16 and working in various jobs before becoming an undergraduate at 21. He has advised Parliamentary Committees on civil service, performance and public spending issues. His analysis of Conservative public sector cutting plans in the 2010 General Election campaign were widely influential at the time.

He said: “This is going to be a fabulous evening, full of lively and passionate debate so we urge any of our students who care about politics and democracy to come along and get involved.

“Peter Tatchell is a campaigner of some renown – and who’s contribution to British public life is widely respected by all shades of political opinion.

“We hope this evening will inspire our young  people to engage with the issues, get involved with politics-  and go out and vote!”

The first part of the event – an hour long conversation – will be informed by students. So please submit your questions when you register or send them to demelect@manchester.ac.uk and the best ones will be chosen. There’ll also be a 30 minute Q&A with questions from the audience.

The event is expected to be popular, so please register for it, and encourage your students to do so, at:

At the same time, why not enourage them to register to vote at:

See you on 30 April and don't forget to follow us @DemElect, #whatnext?