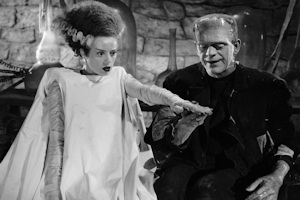 The Playing God Film Series will explore how science and religion are portrayed in six films being shown across March, April and May at the Anthony Burgess Foundation. At each screening an expert speaker will provide a brief introduction before the film and then lead a post-screening discussion with the audience.

The series has been organised by the Science and Entertainment Laboratory based in the Centre for the History of Science, Technology and Medicine. The films range from the 1935 cult classic The Bride of Frankenstein to the original Planet of the Apes, the Exorcist and the 2014 film I Origins.

Dr David Kirby explains the thinking behind the series: “We wanted to look at all six films in a new and different way, asking fresh questions about the content, and challenging audiences to consider the nature of and connections between science and religion."

The films are free to attend and booking is not required. All screenings start at 6.30pm.

The full schedule is: