Why do voters prefer politicians in power?

Join Professor Catherine De Vries, from The University of Oxford, on 12 February for a fascinating insight into why voters prefer politicians in office rather than their electoral challengers 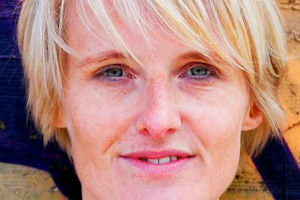 Hosted by Democracy and Elections, which brings together political scientists from across the School of Social Sciences, the seminar is called the Incumbency Bias: When the Wisdom of the Crowd Fails.

She said: “Though many people attribute the advantage enjoyed by incumbents to things like office experience, name recognition or resources, in truth we know very little about the exact reasons why voters prefer politicians in power.

“My research suggests that incumbents have an even larger advantage over challengers than previously assumed and that voters preference towards them worsens group outcomes in the laboratory.”

Her research finds that voters on average are more likely to support an incumbent over the challenger; only when challengers considerably outperform the incumbents will voters reward them.

She also finds that even if an individual voter may yield a slightly higher profit from voting for the challenger, he or she is more likely to follow the wisdom of the crowd and conform to majority group preference for the incumbent.

Professor De Vries was selected as a Young Global Leader of the World Economic Forum for my academic and social engagement.

She also received the American Political science Association Emerging Scholar Award for her contribution to the field of elections, public opinion and voting behaviour.

The event takes place on 12 February, in the Humanities Bridgeford Street building room 2.07 between 12 noon and 1.30pm Places are limited, so come early.