Pioneer of development economics would have been 100 today 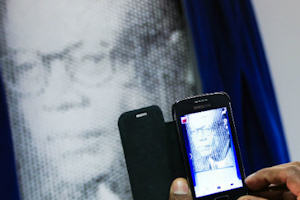 Arthur Lewis, best known as one of the founders of development economics, would have been 100 years old today.

The School of Social Sciences has made a film to celebrate the centenary of Lewis, who became Britain’s first black professor when he joined our University in 1948 and went on to complete most of his important work here. In 1979 was awarded the Nobel Prize in Economic Sciences.

The Arthur Lewis Building is named in his honour and in September 2014 a mural commemorating him and his work was unveiled on the outside of the building by President and Vice-Chancellor Professor Dame Nancy Rothwell and leading Economist Jim O’Neill, Honorary Professor of Economics.

Professor O’Neill appears on the film, saying: “He will be remembered as somebody that really got people thinking about how to embrace the less advantaged, whether it be different countries or, actually the stuff he did in Manchester, in different parts of an urban area.

“He will be remembered as an absolute legend and founding father of sensible thinking on such matters.”