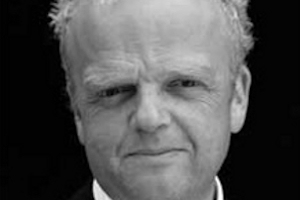 A graduate of Manchester’s Drama department, Toby Jones returns to the University to talk to current students and staff about his life and work, how he got started, and what his inspirations are.

The conversation will be hosted by Professor Stephen Bottoms.

Stage and screen actor Toby Jones has starred in an extraordinary variety of films, from Infamous: The Life of Truman Capote (with Sandra Bullock and Daniel Craig) to last year’s remarkable BBC film about the life of Neil Baldwin, Marvellous.

Along the way he has done the weird and wonderful (e.g. Peter Strickland’s award-winning psychological horror film Berbarian Sound Studio) and the blockbustingly mainstream (he’s Dobby the House Elf in the Harry Potter movies, and also appears in The Hunger Games and Captain America).

Please note that this event is exclusively for University of Manchester students and staff.

Admission is free, on a first come first served basis.