Leader in dementia services made CBE 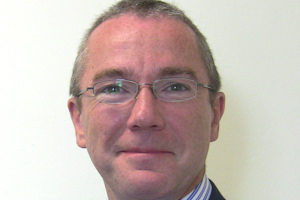 He graduated in medicine in Glasgow in 1980 and trained in psychiatry at the Maudsley Hospital and Institute of Psychiatry in London. He became the Foundation Chair of Old Age Psychiatry in The University of Manchester in 1992, where he has been Head of the Division of Psychiatry and is Deputy Dean of the Faculty of Medical and Human Sciences. He has been Director of Research and Development in the University Hospital of South Manchester NHS Trust (UHSM) and Vice-Chairman of the Hospital Board. He leads the memory clinic in MMHSCT and the old age liaison psychiatry service in UHSMT.

Recently he was made an Honorary Fellow of the Royal College of Psychiatrists.

Also recognised was Honorary Professor Richard Ramsden, lately Professor of Otolaryngology, Manchester Royal Infirmary, who was made an MBE for services to otolaryngology (the study of ear, nose, and throat conditions).