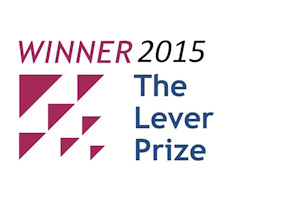 Now in its ninth year, the Lever Prize is judged by the North West Business Leadership Team (NWBLT) in partnership with Arts & Business. As winner the Museum will get a cheque for £10,000 and the opportunity of collaborating with some of the region’s most influential business leaders.

The Lever Prize is an annual award given to arts organisations in North West England who are judged to be regionally distinctive with international or potentially international significance, and who show a high calibre existing work and can demonstrate exciting future developments.

Geoffrey Piper, chief executive of NWBLT, commented “Manchester Museum has developed some really creative ideas for working with the NWBLT membership throughout the year. The Real Life Science project links in well with some specific areas which we are focussing on and we very much look forward to a rewarding partnership with our worthy Lever Prize winners.”

Nick Merriman, Director of Manchester Museum, commented “We are delighted to have won the 2015 Lever Prize. This prize will enable us to strengthen our existing secondary and post-16 science programme, by showcasing cutting-edge applications of science in industry and inspiring the innovators of the future. The opportunity to benefit from the advice and support of the NWBLT will make a huge difference in the future development of this crucial aspect of our work, and we are greatly looking forward to a productive partnership over the course of the coming year.”

The Real Life Science programme at Manchester Museum encourages secondary and post-16 students to develop practical investigative skills through an array of science workshops. This programme uniquely combines practical science with Manchester Museum’s collection and displays, together with the chance to meet scientists from across The University of Manchester.