On Monday 16 February, 6.30pm at the Martin Harris Centre for Music and Drama 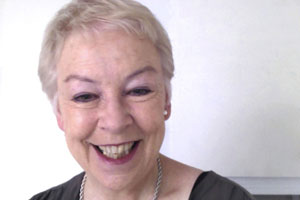 The Centre for New Writing welcomes Denise Riley and Frances Leviston as its first 'Literature Live' guests of 2015.

Denise Riley is an acclaimed English poet and philosopher who began to be published in the 1970s. She wrote War in the Nursery; Theories of the Child and Mother [1983]; ‘Am I that Name?’ Feminism and the Category of 'Women' in History [1988]; The Words of Selves: Identification, Solidarity, Irony [2000]; The Force of Language, with Jean-Jacques Lecercle [2004]; Impersonal Passion: Language As Affect [2005] and Time Lived, Without Its Flow [2012]. Denise has published collections of poetry including Penguin Modern Poets 10, with Douglas Oliver and Ian Sinclair [1996] and Denise Riley: Selected Poems [2000]. Currently she teaches part-time for UEA, Norwich.

Frances Leviston grew up in Edinburgh and Sheffield, and read English at St Hilda’s College, Oxford. She received an Eric Gregory Award from the Society of Authors in 2006. Public Dream, her first collection, was published in 2007 by Picador and shortlisted for the T S Eliot Prize, the Forward Prize for Best First Collection and the Jerwood-Aldeburgh First Collection Prize. Her second collection, Disinformation, will be published by Picador in February 2015. Her poems have appeared in Poetry, the London Review of Books, the Guardian, The Times, the TLS, Edinburgh Review, Granta/British Council New Writing, and various anthologies. She works as a freelance writer and writing tutor and lives in Durham