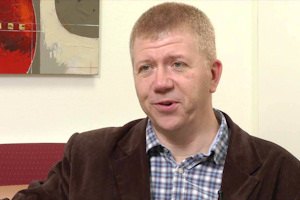 Andy will take up his new role in February 2015 and will be responsible for ensuring that the University is able to respond to and adapt to changes in the external political and policy environment and thereby contribute to raising its profile. He will work closely with the Deputy President and Deputy Vice-Chancellor Professor Colin Bailey and will provide a primary source of advice to other senior officers.

Andy Westwood is a former special adviser to ministers in a series of government departments including Innovation, Universities and Skills, Communities and Local Government and the Treasury. He is also chair of the OECD's Forum on Social Innovation and an expert researcher in their Local Employment and Economic Development programme.

He is currently Chief Executive of GuildHE, the UK's representative body for small and specialist universities, as well as a professor of politics at the University of Winchester and an advisor to a House of Lords Select Committee on the Digital Economy.

Commenting on his appointment, Andy said: “I'm absolutely delighted to be joining The University of Manchester early in the new year. As a graduate of the University I've always been impressed by its history and traditions, but also hugely enthused about its future. I feel just as excited about being a part of the University now as I did when I was offered a place to study here. I can't wait to get started and to play a part.'”

Deputy President and Deputy Vice-Chancellor Professor Colin Bailey said: “I am delighted that Andy is joining us as Associate Vice-President for Public Affairs.  Andy’s knowledge and experience will help us in strengthening our interaction with central government and allow us to respond more quickly to government policy, resulting in greater impact and benefit for the UK."