FA Chairman Greg Dyke to speak on discrimination in football 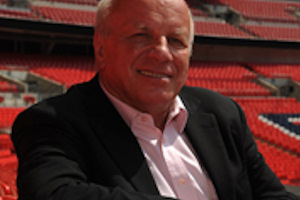 Football Association Chairman Greg Dyke will deliver a free public lecture on discrimination in football at the University on Thursday, 27 November.

The lecture, entitled ‘Tackling Discrimination: football, media and the pursuit of equality’, comes after a number of notable cases on racism in British and international football. High on the agenda will be a debate challenging ideas on how sport and the media can contribute to wider social change.

Greg Dyke, who was appointed Independent Chairman of The Football Association in July 2013, will tackle one of the biggest issues facing the game during the annual Jim Rose Lecture hosted by the University’s School of Social Sciences and the leading independent race equality think tank the Runnymede Trust.

Jim Rose co-founded the Runnymede Trust in 1968 and became known for his unwavering and unbroken contribution and devotion to racial justice and civil rights. Following his death, in 1999, the Trust established a memorial lecture in his name to mark his enduring legacy and continue the struggle for racial justice.

Prior to his FA appointment, Greg Dyke enjoyed a long and distinguished career in journalism and broadcasting, most notably rising to become Director General of the BBC. He also served as Managing Director of London Weekend Television and Chairman of ITV Sport. He is also Chairman of both the British Film Institute and Europe’s largest theatre group, ATG.

Also speaking at this year’s lecture - from 7.30pm to 9.30pm on Thursday, 27 November at Cosmo Rodewald Concert Hall - are Rimla Akhtar, Chair of the Muslim Women’s Sports Foundation, and television journalists Gillian Joseph and Bridgid Nzekwu.

This lecture is free of charge but attendance must be confirmed: