On Thursday 20 November, 1.10pm at the Martin Harris Centre for Music and Drama 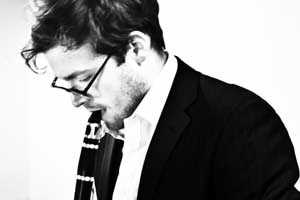 Programme to include: music by Debussy, A. Firsova and Brahms

Clarinetist Harry Cameron-Penny made his Purcell Room and Southbank Centre solo debut as a Park Lane Group Artist to critical acclaim. At 18, Harry was a BBC ‘Classical Star’ finalist and has worked closely with Nigel Kennedy, the Royal Philharmonic Orchestra and the Bournemouth Symphony Orchestra.

Alissa Fisova comes from a distinguished family of Russian composers and won the Guardian Young Composer Competition in 2001. She is also an accomplished pianist, and made her BBC Proms debut in 2009. She joins Harry for a delightful programme including works by Debussy, A. Firsova and Brahms.