Killed in a flying accident on Wednesday, 4 November 1914, near Upavon, Wiltshire, age 30 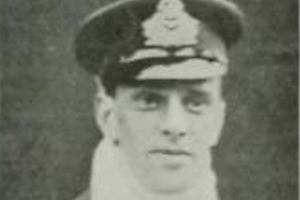 In August, the University published a special website, World War 1 Centenary, to commemorate the centenary of the start of the Great War.

During the next four years, the website will pay a monthly tribute to a student or member of staff who lost their lives in WW1, 100 years after they died.

This month, it features Flight Sub-Lieutenant Petchell Burtt Murray, who studied Textiles at Manchester Technical College and later joined the Executive Committee of the Manchester Cavendish Society, which was formed to enlist the help of young men of education in public work. He gave much time and service to the Collyhurst Reception Rooms and was immensely popular with the poor lads of that part of the city:

Although the University has basic biographical details for all of the fallen, their wider stories have often been lost. If you have any documents or images relating to the part played in WW1 by former students, members of staff or the University itself, please contact: