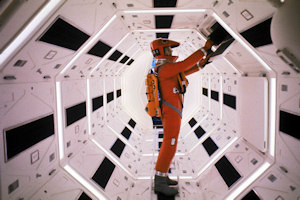 The University of Manchester's Jodrell Bank Observatory, home to one of the largest radio telescopes in the world and world-leading centre for research in astrophysics, is to host its first ever large-scale outdoor cinematic event.  A weekend of interstellar cinema will bring you to the darkest space of the universe as we make contact with the unknown - expect evolutionary tales of artificial life, dark stars, extraterrestrial encounters and drama on a planetary scale.

Watch the Skies! will capture mankind's drive to explore and exploit new frontiers featuring classic science fiction films 2001: A Space Odyssey and Alien against the spectacular, iconic backdrop of the Lovell Telescope, alongside talks from specialists at Jodrell Bank on space probes, extra-terrestrial life and exploration of the invisible universe.

This is a weekend not to be missed for sci-fi fans across the UK. Watch the Skies! is a flagship event in the BFI Blockbuster project SCI-FI: DAYS OF FEAR AND WONDER, presented together with 02, when more than 576 Sci-Fi screenings and events will be offered through the BFI Film Audience Network (BFI FAN), screening at least 419 titles at 124 locations nationwide.