The University of Manchester has risen three places to 38th in the Academic Ranking of World Universities 2014. 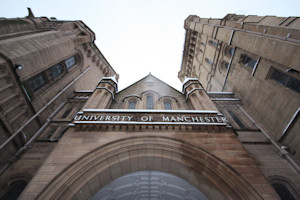 The University finished 5th in the UK and 7th in Europe.

The respected league table is based on research prowess and compiled by Shanghai Jiao Tong University.

Manchester’s rise has been put down largely to improvements in highly-cited publications in Nature and Science.

Overall the results, reported in this week’s Times Higher Education, show that mainland China in particular has improved its performance.

For the 12th year running Harvard University is ranked in first place, Stanford in second, while the Massachusetts Institute of Technology (MIT) was third.

The UK has 38 universities in the top 500 - one more university than last year.

The Shanghai rankings of the world leading universities are compiled using criteria such as number of alumni and staff winning Nobel prizes, the number of research papers published in leading journals and other academic achievements relative to the university’s size.

Professor Luke Georghiou, Vice President Research and Innovation, said: "It is the University's goal to be a world-leading institution. While all ranking systems have their faults, it is nonetheless pleasing to see our progress marked by this increase. This is particularly the case because the ARWU rankings tend to be quite static.

"Since 2004 we have the sustained the largest increase of any university on this index. Credit belongs to all of those colleagues whose excellent research underpins our position."