Manchester professor mobilises medics to treat the injured in Gaza

A University of Manchester professor has helped to organise a group of NHS medical professionals to travel to Gaza to help treat hundreds of those affected by the crisis. 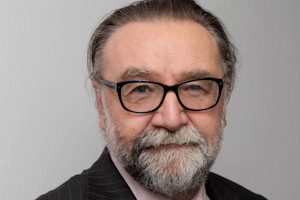 Prime Minister David Cameron announced on Saturday (9 August) that medical experts from the National Health Service (NHS) would be deployed to Gaza within 48 hours.
Professor Tony Redmond, Deputy Director of the University’s Humanitarian and Conflict Response Institute – a joint initiative between the Faculty of Medical and Human Sciences and the Faculty of Humanities, worked on the arrangements for the trip through his role heading the UK International Emergency Trauma Register.
Professor Redmond said it was essential that the team was targeted so that it could fit in to what was already in Gaza to support facilities that have already been set up. They will co-ordinate with local health authorities, charities, the UN and Red Crescent, and other international medical teams.
“Initially 15 will go out,” Professor Redmond said. “We need to establish and confirm the links with local authorities there.
"We know that many people will have already had life-saving surgery but may need further re-constructive treatment such as those who have lost limbs.
“We expect there to be chronically infected wounds. There is a sad pattern of injury with these conflicts and it is that which we will be looking to address."
Funded by the Department for International Development through the UK International Emergency Trauma Register, the initial team deploying to the region will be made up of a combination of doctors, nurses, surgeons, anaesthetists and paramedics from the specialties of emergency medicine, orthopaedic trauma surgery and plastic surgery.
The Register was launched by the International Development Secretary Justine Greening in December 2012 and enables British medical experts to provide humanitarian assistance during disasters overseas. It is designed specifically to respond to situations where surgical expertise is required and means the UK provides a timely and coordinated response to rapid-onset disasters.
The UK Government is pushing for better humanitarian access so that aid agencies can get supplies and personnel into and out of Gaza.