Results of the General Assembly elections

Five new members have been elected to University governance body 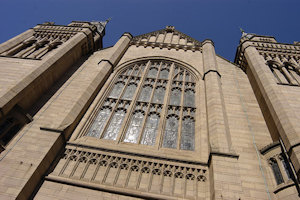 As there was no requirement for a ballot, Dr Brian Bigger and Dr Mark Reiff, in the 'Academic and research' staff electoral group, were both elected, unopposed, with effect from 1 September 2014 to 31 August 2017.

Similarly, Mr Shumit Mandal, in the 'Other staff' electoral group, was elected, unopposed, with effect from 1 September 2014 to 31 August 2017.

Six valid nominations were received for the two places available from 1 September 2014 to 31 August 2017 in the 'Academic-related' staff electoral group. A ballot of staff in this category of membership ended on 30 July 2014, and Ms Roz Cooper and Dr Arthur Nicholas were declared elected at the close of voting. A total of 589 academic-related staff members participated in the ballot; a turnout of 32%.

The Deputy Secretary, Martin Conway, would like to thank all those that sought election and to the staff that participated in the voting.