Professor Ian Jacobs, Vice-President and Dean of the Faculty of Medical and Human Sciences, is to leave the University in January 2015 to take up a new appointment in Sydney as President and Vice-Chancellor of the University of New South Wales (UNSW), Australia 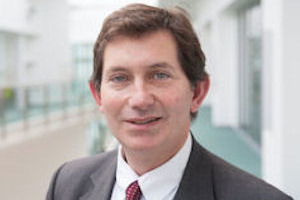 Professor Jacobs has been Vice-President and Dean since March 2011 and has also held the role of Director of the Manchester Academic Health Science Centre (MAHSC), a partnership between the University and six leading NHS organisations which aims to generate health, wellbeing and economic benefit regionally, nationally and globally, by being a leading centre for the translation of innovative research and education into real world applications.

Professor Jacobs has a clinical background as a surgical gynaecological oncologist and focuses his clinical role on screening and risk prediction. He directs a Medical Research Council, Cancer Research UK and National Institute for Health Research funded laboratory and clinical research programme, focused on ovarian cancer risk prediction and early detection. He founded the Gynaecology Cancer Research Fund in 1985, which has developed into the Eve Appeal and has generated millions of pounds of charitable research funding. He also chairs the Uganda Women’s Health Initiative.

Commenting on his new appointment, President and Vice-Chancellor Professor Dame Nancy Rothwell said: “We wish Ian every success in his new position, but we will miss him here in Manchester.  During his time as Vice-President and Dean he has provided real leadership and has undertaken an ambitious programme of strategic transformation of the Faculty to bring about a step change in research and teaching.

“He has also secured the redesignation of MAHSC. This was a considerable achievement as MAHSC was named as one of only six elite accredited partnerships in the country and the only one outside the South–East of England.”

Professor Jacobs added: “It has been a massive privilege and a source of great pride to lead the Faculty and MAHSC in Manchester.  I will always be grateful for the support, advice and outstanding work of colleagues at all levels of the University and our NHS partners. I will draw heavily on the experience I have gained over the last few years in my new role at UNSW. When I move on in 2015, from one great city and university to another, I will be the biggest cheerleader for The University of Manchester, its superb leadership, for MAHSC and for the City of Manchester.”

An international search will now commence to appoint his successor.