Drs Max Jones and Ana Carden-Coyne from the School of Arts, Languages and Cultures will speak at Uncovered 2014 on 9 June at The National Trust's Dunham Massey 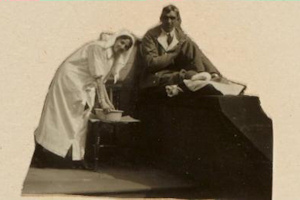 The pair will feature in the third day of this year's Uncovered event (7-9 June), during which writers and academics will 'uncover' First World War espionage, medical advances, cultural impact, journalism and life on the home front.

At 10.30am, Dr Max Jones, Senior Lecturer in SALC, will examine the culture of heroism in relation to the First World War, and at 1.30pm, Dr Ana Carden-Coyne, co-director for the University's Centre of Cultural History of War and co-curator of The Sensory War 1914-2014 at Manchester City Gallery, will speak about ‘The Cultural Legacy of the First World War’.

Journalist Kate Adie is one of the other speakers, talking at 3pm about her new TV series (partly filmed at Dunham) and book ‘On the Home Front’ showing the impact of the war on women and their role in society.

For information on the full three-day event, visit: