On 2 June 2014, 5pm at the Martin Harris Centre for Music and Drama 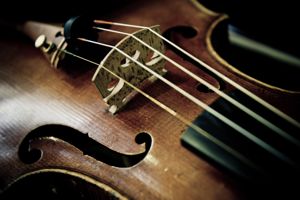 You are warmly invited to join the Music department in a farewell concert for a much valued colleague and friend, Dr Laura Tunbridge.

At the end of this academic year, Dr Laura Tunbridge, Senior Lecturer in Music at the University of Manchester, will leave to take up a new post at St Catherine’s College, Oxford, beginning in October 2014.

To celebrate her ten years in the music department at Manchester, and wish her well in her new job, we will host a concert at 5pm on Monday 2 June in the Cosmo Rodewald Concert Hall, Martin Harris Centre for Music and Drama.

The concert will include Lieder performed by 10 singers and accompanists from the third year, a viola and piano duo played by David Fanning and Richard Whalley, and a new song-cycle composed by a number of staff and student composers and performed by Nina Whiteman.

"Laura has been a fantastic asset to this department for the past 10 years, enriching the lives of so many students" says Rebecca Herissone, Head of Music, University of Manchester, "Laura has been a pleasure to work with and we wish her every success in her new post at Oxford University".

The concert is free and does not require a ticket