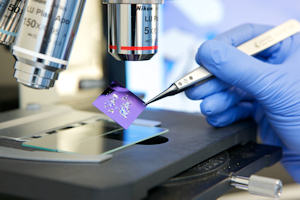 The ‘Graphene: Made in Manchester’ film has won a leading prize at the Roses Creative Awards.

The film, which tells the story of the world’s thinnest material isolated at the University in 2004, won the Chairman’s Award at the ceremony in Manchester.

Made by The Gate Films, the video saw off competition from the Scottish Government, Manchester United and Samsung to win the coveted prize.

The Roses Awards are the biggest Advertising awards outside of London and are open to all agencies outside the capital.

This is the second major award won by the film, which also scooped the gold medal at the Fresh Awards last year.