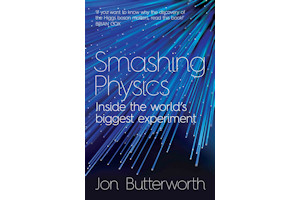 The discovery of the Higgs boson made headlines around the world.

Two scientists, Peter Higgs and François Englert, whose theories predicted its existence, shared a Nobel Prize in 2013. The discovery by the ATLAS and CMS collaborations at CERN’s Large Hadron Collider was the culmination of the largest experiment ever run. But what really is a Higgs boson and what does it do?

How was it found? And what will the LHC do next? Jon Butterworth, a leading member of the ATLAS experiment, will talk about all this and more.

Jon is also Head of the Department of Physics & Astronomy at UCL, and writes for the Guardian.

He was awarded the Chadwick Medal of the IoP in 2013 for his pioneering work in particle physics, especially in the understanding of hadronic jets. He was an advisor on the Collider exhibition which opens at MOSI on the day of the lecture, and his book, Smashing Physics, is released on the same day.