Café Muse at Manchester Museum and Woolton Hall at The University of Manchester have been nominated for this year's coveted "People's Choice" sustainability award, making the shortlist for the Community Vote of the 2014 Footprint Awards 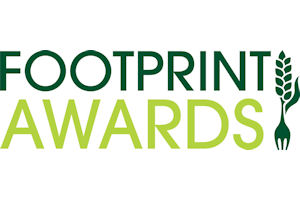 This highly sought after award is unique in that members of the public decide who will appear on the shortlist and it is their votes which decide the ultimate winner.

Nick Fenwicke-Clennell, Footprint Media Group CEO explains, "The 'People's Choice' award was created to recognise the efforts and achievements organisations have made with regard to responsible practice and sustainability.  To be nominated for the Community Vote accolade by fellow members of the industry speaks volumes about the positive impact those organisations have not only had on their business but also on the community and environment."

The winner is the local company which receives the most online votes and this will be announced at a cermony on 22 May 2014 at the East Wintergarden in Canary Wharf.

To find out more about the Footprint Awards, please visit: