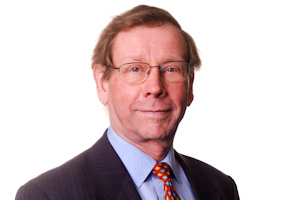 Peter has been involved with the University for over 25 years in its governance, teaching, and research at the Centre for Research on Socio-Cultural Change (CRESC). He served on Council, Chaired the Manchester Federal School of Business and Management, and the Technology Fund, which supported commercial exploitation of the University’s intellectual property.

He has held a number of non-executive positions in both the private sector and in public institutions. These include Chair of the Manchester Science Parks, the Partnership Board of NOWGEN - a centre for genetics in healthcare, and Non-Executive Director of the University Hospital of South Manchester.

After graduating from Oxford University, Peter gained an MBA at the Wharton School of the University of Pennsylvania. From there he worked for two American high tech companies before joining the venture capital group 3i plc.

In 1989 Peter set up his own venture capital company, North of England Ventures. He was a member of the Council of the British Venture Capital Association.

Peter commented, “I am delighted to be awarded a professorship with Manchester Business School. It is a privilege to be involved in the education of our next generation of business leaders. I also look forward to making further contributions to CRESC research into the issues facing the UK economy following the financial crisis.”