Explore Manchester's rich past with a series of events throughout March 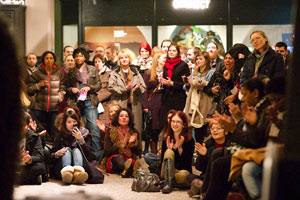 This illustrated talk about the Roman origins of the pre-industrial settlement of Manchester explores the fascinating history and archaeology of the city. The story of the Roman fort with its changing garrisons and soldiers recruited from different parts of the Empire will be told, drawing on the rich evidence revealed by excavations. The site of the Roman fort of Manchester, though badly disturbed by development during the Industrial Revolution, was excavated by the Edwardians.

Come along and see some objects from the museum’s collection related to Roman Manchester. As part of the Manchester Histories Festival.

The Roman Manchester tour explores some of the fascinating discoveries from excavations in Roman Manchester including pottery, jewellery, inscriptions and the internationally famous Manchester word-square, which may the earliest evidence of Christianity in northern Britain.