Our success and culture are linked, Barça supremo will say

Catalan culture and educational values explain why Barcelona is the world’s most successful football club, its outspoken Vice-President will say at a University of Manchester lecture. 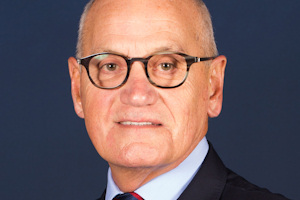 Carles Vilarrubí will speak to students, staff and the public just before Barça take on Manchester City in a crunch Champions League tie on 18 February. It is organised by the University and Catalan Institut Ramon Llull – which works with higher education to promote Catalan culture internationally.

Vilarrubí, who is also one of Europe’s most important businessmen, is spearheading a cultural outreach scheme set up by the Spanish league champions. He will discuss the sporting, cultural and educational values central to his club’s success, one of the only three to have never been relegated from La Liga. One of the major contributing factors, he argues, is that the club’s youth team player training includes education about Barça’s values and culture.

He said: "We must take advantage of the fact that Barça is a platform that helps us spread knowledge about Catalonia, Barcelona and Catalan culture.

"At the conference we will explain the values of the Club and La Masia as well as the career of FC Barcelona in the last 50 years, and how the club has allowed people to express themselves at a time when Catalonia lacked freedom."

Professor of Hispanic Studies Chris Perriam said: "We're delighted at the chalk face to have been involved in helping bring this important cultural event to languages students and a wider public. The more we all understand Catalan culture and language, the better!"