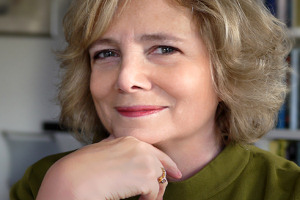 “The post attracted a very strong international field, but we were impressed by the plans Frances presented for investing in and developing MUP to be a distinctive and innovative university press to meet the technological and organisational challenges facing academic publishing.”

Of particular relevance to her new role at MUP is her latest initiative of establishing and leading 'Knowledge Unlatched', a partnership between a number of the world’s leading research university libraries and scholarly presses.

The University of Manchester is one of the Knowledge Unlatched partners and is keen to support the next stages of its development.

Frances Pinter comes to MUP with a distinguished publishing track record, from the establishment of Pinter Publishers Ltd at the age of 23, her management of Leicester University Press, and as founding publisher of Bloomsbury Academic, through her work for the Soros Foundation (Open Society Foundation) in revitalising publishing in 30 post-communist countries, including work with former USSR university libraries.