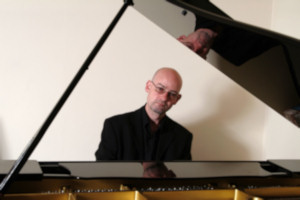 We are delighted to welcome pianist Richard Casey as the featured artist of the Walter Carroll Lunchtime Concert series.
Richard continues his series of concerts combining works of Beethoven with icons of modernist piano repertoire.

Prokofiev’s epic Sonata no. 8, very much the largest in his set of nine, was composed during the Second Word War.
Richard places this alongside Beethoven’s experimental Six Variations on an Original Theme, op. 34, which was composed in 1802.

Free, no need to book, just turn up.