University lecturer and multi-award winning author MJ Hyland has made the longlist for the world’s most valuable short story prize. 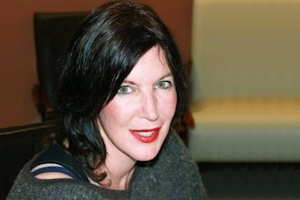 The judges are looking for an outstanding English-language story of 6,000 words or under from a fiction author anywhere in the world who has been published in the UK or Ireland. The winner will receive £30,000, and the five shortlisted writers will each receive £1,000 as well as having their work published online. Last year's winner was Junot Diaz for his story 'Miss Lora'. The winner will be announced in April 2014.

The ex-lawyer and author of multiple short stories and three novels : How the Light Gets In, Carry Me Down and This is How. Carry Me Down, has been previously shortlisted for the Man Booker Prize and was winner of both the Hawthornden and Encore prizes.

Based at the Centre for New Writing, she has also been longlisted for The Orange Prize, the Commonwealth Writers' Prize and the Dublin International IMPAC, and was shortlisted for the William Hazlitt Essay Prize in 2013. She has twice been shortlisted for the BBC Short Story Prize.