From war to lecture theatre: meet the UK’s most remarkable student

An inspirational teenage refugee, who at 12 travelled through eight countries to escape war-torn Afghanistan – described in a Unicef report as the world's most dangerous place to be a child – is to start a degree here next week. 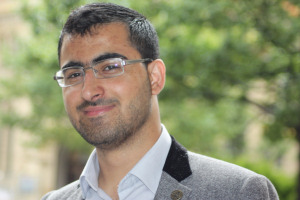 Gulwali Passarlay, 18, fled for his life with just the clothes on his back to endure a year of solitary hardship on the road. He is to take a BA in Politics and Philosophy.

Faced in 2006 with the prospect of being either forced to join the Taliban or the NATO-backed Afghan army, his mother urged the 12-year-old to make his way to England.

Many members of his family, including his father, were killed during the conflict as Taliban fighters, also making Gulwali a target.

After months of hunger, illness, loneliness, and a terrifying 50-hour sea crossing crammed below deck without food or drink with 100 other refugees, in a space designed for 20, he finally made it to the country of his dreams.

A terrifying motorway journey clinging to a hot engine inside a lorry was just as frightening, on his quest to get to England.

But when he arrived in 2007, his troubles were not over: penniless and speaking no English, he endured months of racism, loneliness and poverty. Despite the setbacks, he has gone on to achieve remarkable success in and out of school.

Thanks to MAP’s support, he achieved his required A-level grades and will also receive an additional Opportunity Manchester scholarship from the University in recognition of his achievements. These are funded through the generous support of the University's alumni and friends.

Among his many successes, Gulwali was chosen to be one of 15 young people to join a Department for Education panel which scrutinizes how policy affects young people. He was the first Afghan ever to take part in the Olympic Torch Relay and is on speaking terms with Government ministers, politicians and Ed Miliband the Leader of the Labour Party.

He said: “My mother knew that my life was in danger, so she told me I had to leave the country; it was so difficult for her to make this choice.

“I thought so many times I was going to die like many of the refugees I saw along the way. But I am certain it was the right thing to do.

“I can’t say enough how much I miss my family in Afghanistan. It is the most beautiful country in the world but because of the war, it is also the most ugly.”

He added: “The A-levels were tough: I’d only completed four years of secondary level education and I was still learning English.

“The MAP programme involved a lot of work: I would attend the University every weekend on top of my A-level studies. But it was worth it in the end. University is the most important thing in my life right now: it will enable me to achieve my ultimate goal of going back to Afghanistan to help change my country for the better.

“You never know - one day I might even end up being President of my country.”

Julian Skyrme, Director of Social Responsibility, said: “Congratulations to Gulwali who has conquered so much to make it to The University of Manchester. His story should make us all feel rather humble.

“I am certain he will go on from strength to strength. Having conquered so much adversity and given so much back to the society which has become his new home, he certainly deserves to.

“It’s a major achievement for the Manchester Access Programme – and one that we’re very proud of here at the University.”