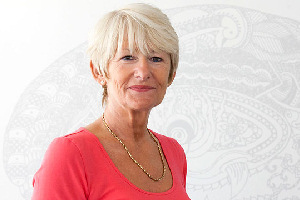 Professor Rothwell featured in the Woman's Hour Power List which was published recently, at number 15.

The list features women who have had the greatest impact on British politics, society, culture and the economy.

You can listen to today's episode of Woman's Hour on iPlayer Radio at::