A Day of Celebrations for the Alan Gilbert Learning Commons

The Alan Gilbert Learning Commons will be officially opened and named at a day of celebrations today (Wednesday 19 June). 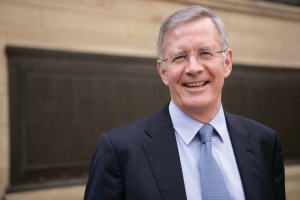 In the morning, the magnificent student building will be showcased to invited staff across the University, as well as external agencies, who have contributed to its success. Jan Wilkinson, University Librarian and Director of The John Rylands Library, will invite the guests to observe demonstrations of some of the fantastic facilities offered in the Learning Commons, including the interactive touch screens and the recently launched training skills sessions.

It will be officially named later in the day by the Chancellor, Mr Tom Bloxham, at an event at which the inaugural President and Vice-Chancellor, Professor Alan Gilbert’s wife, Mrs Ingrid Gilbert, will be guest of honour.

The building is named in honour of Professor Gilbert who conceived of the Learning Commons to enhance the student experience and provide a world–class learning environment.

The Chancellor will also name the square in front of the Learning Commons ‘Gilbert Square’, again as a tribute to Alan who led on the largest ever capital investment programme in UK higher education.

Guests in the evening will be taken on tours to view the state-of-the-art facilities in the Learning Commons as well as the student artwork and heritage features which are integral to the building.